Eating disorders: when the body becomes an enemy 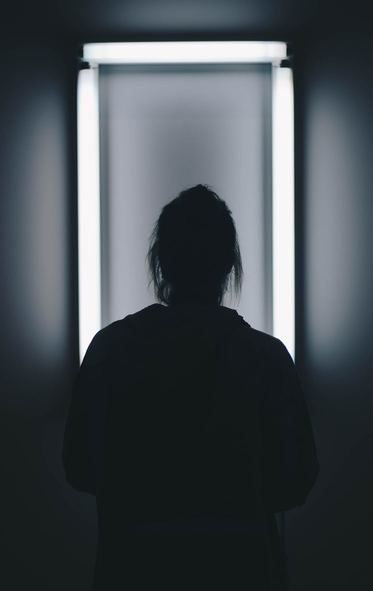 I Food disorders they affect an ever increasing number of people, especially young adolescent girls. They are disorders that occur in the area of ​​nutrition and have in common a violent attack on the body and on the needs of nutrition and relationships. In severe cases, hospitalization and even death can occur.

How do eating disorders differ from each other?

Among the main "Nutrition and nutrition disorders" we can distinguish:

Also 'obesity, where genetic causes or specific organic alterations are not found, another example of eating disorder is considered.

The origin: a link between food and emotions

The symptoms and behaviors described all originate from a strong emotional malaise, so painful and unbearable, to determine a profound detachment from the emotional life, a defensive strategy so as not to "feel" the distressing void that comes from within. This emotional malaise has its roots, often unconsciously, in early relationships with attachment figures (the first care-based adult-child ties). Since birth, in fact, nutrition is closely related to the quality of the emotional mother-baby relationship. In addition to ensuring the survival and physical sustenance of the newborn, a good attachment relationship "nourishes" the personality under construction, satisfying the emotional needs for security, containment and love.

On this basic trust, a personality can be built with a good wealth of resources, able to adapt to the world and to the people around it. If, on the contrary, this relationship for various reasons cannot satisfy these primary emotional needs, the personality will develop on uncertain bases by resorting to psychological defense mechanisms to protect oneself from the impact of overwhelming and destabilizing negative emotions.

In the case of eating disorders, the most used defenses are the denial of the emotional need and of the relationship with the other.

Adolescence is characterized by profound physical, emotional and psychological changes. In a positive evolution, it leads to the definition of one's adult identity, to the acceptance of oneself and one's sexual body, to the ability to build rewarding relationships.

Such a process, however, can reactivate ancient unsolved conflicts and lead to a blockage in emotional and mental development, over which the aesthetic models proposed by the media can exercise a harmful influence.

Stopping feeding or doing it in a disorderly and harmful way for the body becomes a more or less conscious way to oppose one's own growth and evolution and to give voice to the conflicts present in family relationships, which have not found channels to be expressed and recognized.

In clinical work with people who have developed an eating disorder, there is a lack of interest in their health and the organic risks to which they are exposed, the exclusive and apparently frivolous attention to counting calories, weight control, enhancement of thinness to win the approval of others. They convey a strong sense of inconsistency and a deep sense of distress e impotence for the rigid determination to continue their self-destructive behavior. The experience they desperately try to face is, in reality, a dramatic sense of emptiness, of solitude and fragility identity.

Recognizing in the food symptom an alarm bell and a request for help, is essential to be able to intervene early and try to heal the invisible wounds that torment the inner life of those who suffer from it.

The most effective intervention involves a nutritional support it's a psychotherapeutic intervention. Especially in adolescence a space is recommended individual therapy and a space of family therapy in which to work with the complete system. In this way it is possible to activate a repair process both on an intrapsychic and relational level.

* Notes on the author:
Ilaria Saponaro is a Piscologist and Psychotherapist with a psychodynamic and systemic-relational orientation. He has been working for years for the design and implementation of psychoeducational interventions for children and adolescents and interventions to support parenting. She collaborates with the non-profit CIES for the “MaTeMù” Youth Center and Art School and coordinates educational activities in schools for the association. It carries out facilitation and training activities on the occasion of training courses, seminars and workshops. It collaborates with the clinical center of the Institute of Integrated Relational Therapy (ITRI) specialized in the treatment of eating disorders. He works as a psychotherapist in private, offering counseling and therapeutic paths for the individual, the couple or the family. Since 2016 he is an ordinary member of Psy + Onlus with whom he collaborates in the area of ​​school psychology services and as a psychotherapist of the Clinical Consultancy Center.