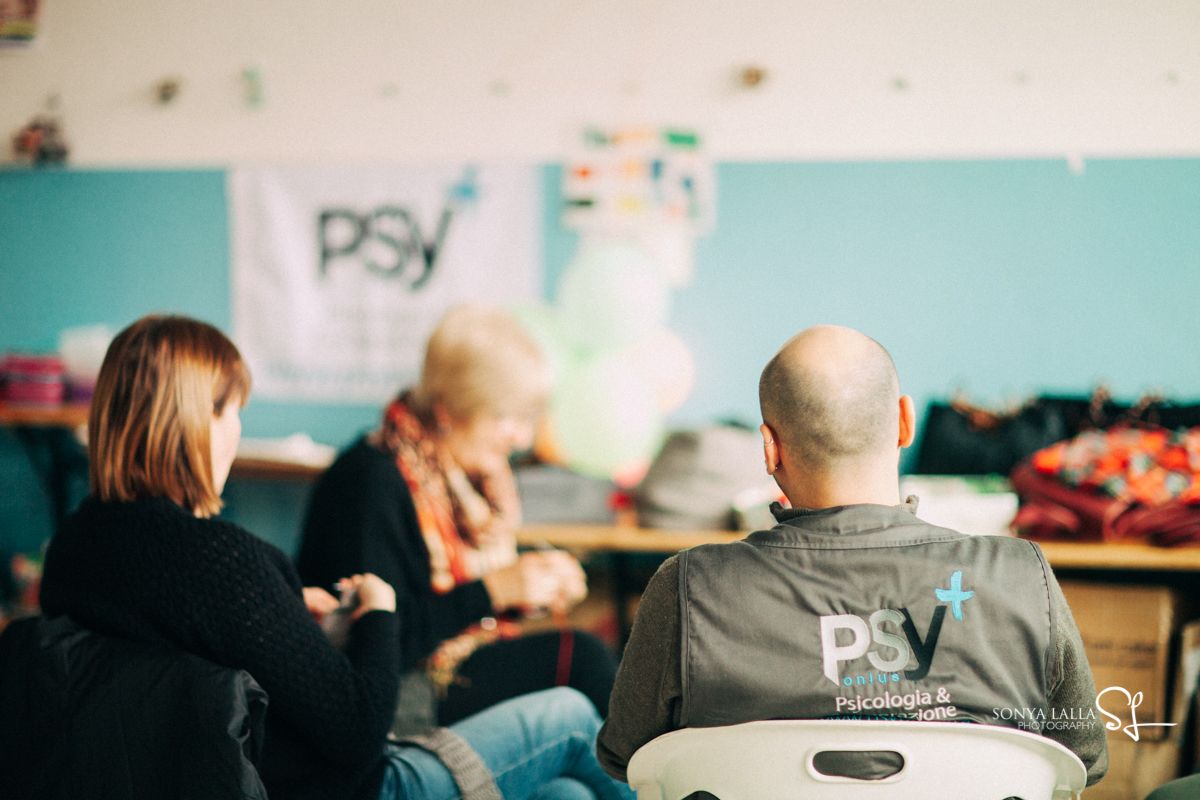 On the night of 24 August 2016, after a series of seismic events in the provinces of Rieti, Ascoli Piceno and Perugia, a 6.0 magnitude quake with its epicenter in the municipality of Accumoli caused 299 deaths and 388 injuries. Since 25 August 2016 Psy + Onlus has been present in the camp set up in Accumoli, making itself available, together with INTERSOS to ensure professional interventions in support of people who have suffered the earthquake, as well as their rescuers, through the constant presence of 2-4 volunteers in the Accumoli camp and the activation of a traveling team in charge of visiting the most isolated hamlets.

PSYCHOLOGICAL INTERVENTION IN AN EMERGENCY: FROM LISTENING TO SHARING, FROM SHARING TO INTERIOR RECONSTRUCTION

The operational-logistic experience of INTERSOS in the humanitarian field, integrated with the technical-scientific skills of Psy + Onlus, it has made it possible to implement Proximity - Immediacy - Expectancy - Simplicity processes, key elements in operating practice, in order to reduce the risks of post-traumatic diseases and to maximize the effectiveness of interventions.

The spaces made available for the above activities by Civil protection and managed by Psy + Onlus in coordination with other associations, were set up inside the former Curzi school, in via Camillo Golgi 1 in San Benedetto del Tronto.

INTERVENTIONS CARRIED OUT IN ACCUMOLI

Once the emergency was over, and in consideration of the difficult conditions of life in the tent cities, the affected populations were progressively transferred to hotels on the coast, in particular to San Benedetto del Tronto. Of course, both for mandatory reasons linked to work needs (e.g. breeding) and for more affective aspects (link with the territory, fear of looting ...) many people have not joined and will therefore be concentrated on the tent city of Accumoli waiting for container type modules. In this phase we therefore sent new resources to San Benedetto and gradually reduced our presence in Accumoli, in agreement with the Municipality of Accumoli and with the network of services of the SSN.
For people housed on the coast, the global functioning of individuals has been severely tested on several levels:

Below is a real-time report of the interventions carried out in San Benedetto del Tronto:

In light of the needs expressed by the affected population, Psy + Onlus and Intersos have mobilized to ensure the continuation of their interventions in the territory of San Benedetto del Tronto through:

The activities mentioned above were maintained over time and in the first months of 2017 voluntary work was made possible also by a donation of solidarity from the Italy-China Foundation which allowed the reimbursement of expenses for the operators involved.

under the patronage of

From 31 March 2017, the project was further enhanced, thanks to the financing of MEDIAFRIENDS, which made it possible to define a 10,5-month programming schedule and to increase activities through:

The reception in the hotels will continue until summer 2017 and the next step towards temporary housing modules will be a further factor of unease and updating of traumatic experiences, therefore the duration of the needs for support and psychological orientation in support of public services has been estimated necessary and funded until February 2018 (possible extensions based on needs are being assessed).

Psy + Onlus operations, in partnership with InterSos, based on the funding obtained from Mediafriends Onlus, will be guaranteed until mid-February 2018 with the daily presence of 2 psychotherapists + 3 psychologists who will work in concert with educators dedicated to experiential / expressive laboratory activities aimed at overcoming traumatic experiences and psychological support. The services, mainly aimed at minors but extended to the entire population, will consist of listening / psychological support; mobile unit for monitoring psychological conditions for scattered hamlets / centers; experiential / expressive workshops; community empowerment activities; summer center for minors in the Accumoli area.