A house without steps 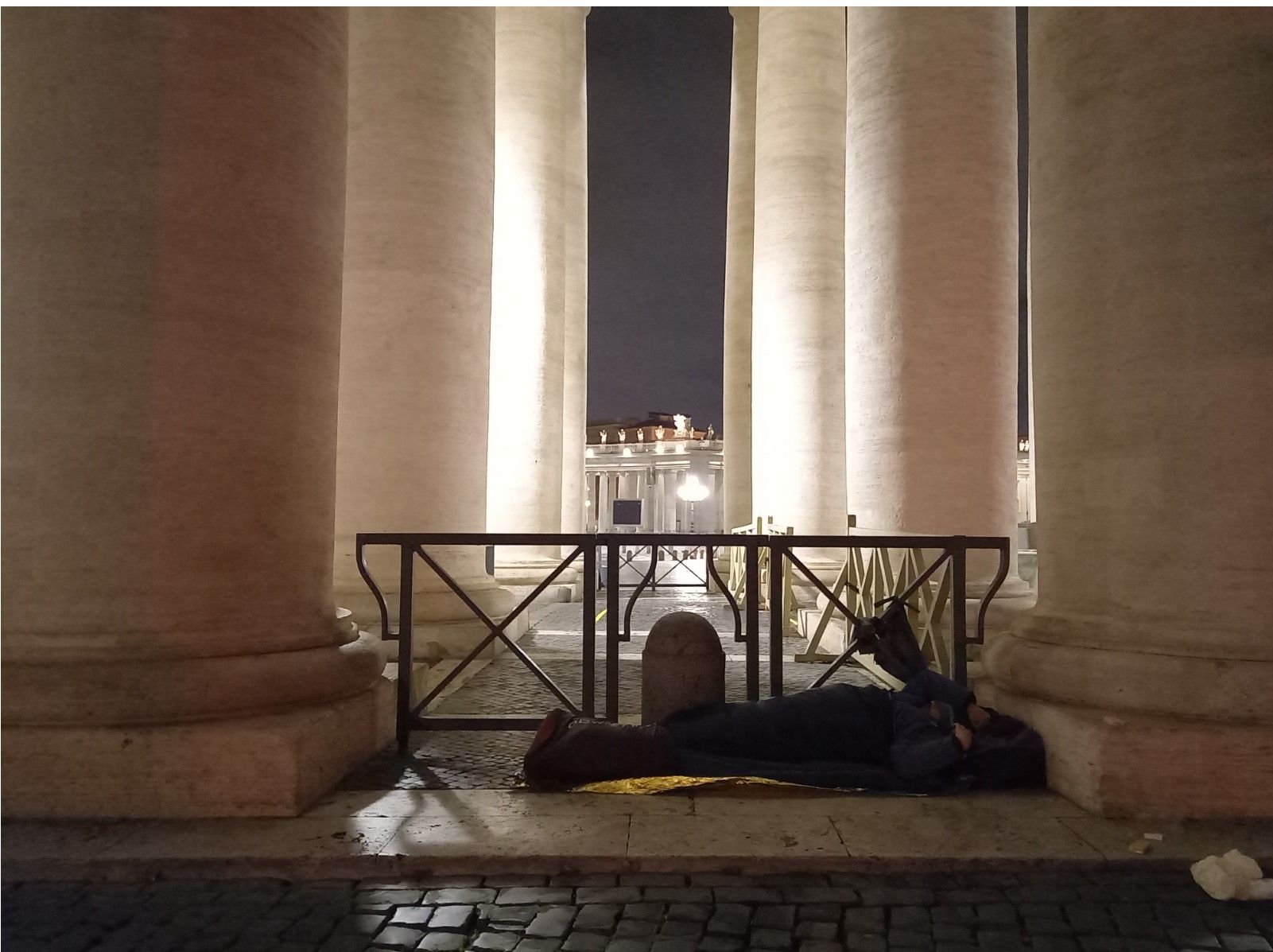 My granddaughters have a cloth hut. Inside there is a little bit of everything. The parents, me, the grandmother and all the people they are connected to put in there. The hut has windows and they choose when to lower or raise the blinds. The hut is there, in their room. Sometimes they play it, sometimes they prefer to stay elsewhere.

Like that of my nieces, every hut, every casa it is the space in which we welcome and feel welcomed. There casa it protects us when we come back out of breath from a run in the rain; it is that place where we invite a friend to have lunch, cooking him something; it is when we lie down on the sofa to gather strength after a hard day.

Try asking street people what they want. Everyone will tell you: “one casa".

When there is no home

I felt helpless. I had tried to make him welcome dozens of times in some dormitory, but I was promptly told that he was not planning and did not take care of himself. That man has a schizophrenia that has led him to wander somehow through countries of a Europe that is still too indifferent. In front of his words I reacted in a way that he rightly sent back to the sender; I first proposed a visit for his battered legs and with the opportunity to resume a lame attempt at treatment interrupted many years ago. He promptly replied: "My immune system is working great."

I felt trapped in a stereotypical model of intervention, with which I would never come to one casa, but not even to a dormitory, because he had already been listed as uncooperative and alcoholic.

In the nineties, in the United States, a psychologist named Sam Tsemberis proposed an evidence-based model that had as its objective the cancellation of homelessness, without half measures, by giving one casa to those who did not have it (DK Padgett et al., 2016). It was the model ofHousing First.

In stark contrast to the a steps which was the most popular in merciful America of those years, theHousing First, designed for people with mental illness and pathological addictions, it does not require adherence to therapeutic treatments or abstinence from alcohol and drugs to get to an accommodation. It does not aim at cleansing the homeless of sins or at evangelization or vicarious assistance or charity.

Sometimes homelessness arises from turbulent stories, careless families, poverty, abuse, neglect, far worse than the street. Life stories made of hitches dragged over time, loss of ties, sometimes jail and a desperate attempt to get up. The road then aggravates everything, leads to mental discomfort, substance use, despair.

THEHousing First aims to unhinge first of all isolation and marginalization. The approaches a stepsinstead, they discourage social relationships before the person has achieved abstinence and adherence to care.

But how can we expect adherence to a treatment if we are then forced to remain on a sidewalk? That treatment could also be harmful: I help you get better, voices away, substances away. Then? I leave you in solitude without those same weapons that, although painful, still allowed you to survive on the road: alcohol, drugs and a neoreality.

Reverse the plans, this is what the HF is aiming for. Starting with one safe space to return to self-care.

So, Housing First! Get off the road.

"Housing now!”Shouted 1989 homeless people in Washington DC in 250.000, demonstrating on the streets of the city. And Housing now! this is what people who live under a romantic roof of stars ask of us.

* Notes on the author: Giovanna Teti is a psychologist, psychotherapist and expert in psychodiagnostics. He initially worked in the territorial services for adults and with the developmental age, and then devoted himself to the sector of hospital psychology. He has been involved in adoptions for several years and is currently the contact person for the Rome office of the Regional Service for International Adoptions. For some years she has been working with homeless people as a street worker for the Municipality of Rome. Partner of PsyPlus since 2021, she is currently dedicating herself to the development of the Area dedicated to Social Inclusion and to the fight against serious adult marginalization with the aim of carrying out Housing First projects in the cities of Rome and Pescara.