THE PSYCHOSOMATIC PERSONALITY. How to heal the fracture between body and mind 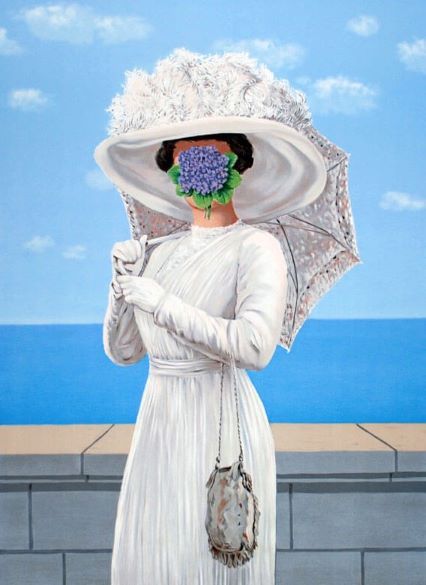 "Diseases that elude the heart devour the body" (Hippocrates)

In our direct and indirect experience we have generally experienced, at least once in life, physical pain or ailments in the absence of external causes.

If we think about health and disease adopting the now universally recognized bio-psycho-social model (according to which in the onset and course of a disease not only biological factors, but also psychological and environmental factors), we can easily grasp the links between the body posts and details emotional experiences. Being able to grasp these connections is fundamental for maintaining or restoring a state of health, as it allows us to implement behaviors that bring us back to a state of balance and well-being. At the basis of this ability are psychic dimensions - affective regulation, emotional intelligence and mentalization (ability to attribute mental states to oneself and to others) - which in some individuals are absent or deficient: psychic distress cannot be recognized or elaborated from the subject, and pours overwhelmingly onto the body.

In the "psychosomatic personality" the mechanism of somatization, so emotions and emotional states cannot be thought and expressed verbally and directly affect the body. The main characteristics of these personalities are:

What cannot be psychically processed pours out on the body, for example through physical manifestations (headaches, gastrointestinal disorders, dermatological problems, etc.) which cannot be explained on an organic basis.

The construct of the “alexithymia"It contains the difficulties of naming, reading and verbalizing one's emotions (of which one is often unaware) and has been used to describe" psychosomatic personalities ". Alexithymic people can have sudden bursts of intense emotions but they cannot connect these emotional manifestations with memories or specific situations; being unable to process the subjective experience of emotions, they can express them through the physiological component. Other characteristics are their concentration on everything that is external to psychic life and the use of a rational style of thought centered on life experiences rather than on emotional investments.

Alexithymia can also be considered a particular aspect of the wider dysregulation of affects. There affective regulation it is a process in which - in the presence of a stimulus - the emotional, neurophysiological, motor-expressive and cognitive-experiential response systems interact with each other. The activation of any of the systems alters or modulates the activation of the others, so that everyone is involved in the regulation of emotions. Affective regulation is effective when it allows to tolerate negative affects by compensating them with positive ones without resorting to external objects or behavioral actions. Individuals with difficulties in affective regulation cannot accurately evaluate their emotions and use them in an adaptive way. Being aware of your mood, for example, allows you to implement positive strategies in order to recover a state of well-being, rather than seeking immediate "sedatives" (think of substance abuse, dangerous behavior, etc.). ).

Linked to the concepts of alexithymia and emotional regulation is the construct of mentalizing. Mentalizing means being able to interpret one's own actions and those of others implicitly and explicitly, considering them significant with respect to intentional mental states, such as personal desires, needs, feelings and motivations. The ability to mentalize is normally acquired in the first years of life, in the relationship with the primary caregivers: it is the parents who read the child's affective cues and send them back to him in an adequate form, assuming the role of external regulators of his emotional states and allowing for healthy emotional development. The function of "external thinking" performed by the parents will gradually be internalized by the child, laying the foundations for the ability to mentalize and self-regulate emotional states internally.

How to improve the relationship between emotions and physical health

A state of psychological well-being it presupposes a continuous dialogue and an integration in the conscious experience between mental / affective and bodily level; in psychosomatic subjects this is very difficult due to the absence of mentalization of one's emotional states. These personalities should therefore be "trained" to:

Contacting one's emotions is a difficult, painful and sometimes anguished process for personalities of this type, for which a psychotherapeutic relationship context is often necessary, which facilitates the experience and expression of the affections, containing the loss of the individual who, for the first time, it touches a new dimension of itself.

* Notes on the author:
Arianna Mohamoud is a psychodynamic psychologist and psychotherapist. He carries out the psychotherapist activity privately by carrying out counseling and psychotherapy courses aimed at children, adolescents and adults. He has gained decades of experience in schools of all levels and degrees, implementing educational projects for students with psycho-physical disabilities. Since 2013 she has been an ordinary member of Psy + Onlus, with whom she collaborates mainly as a designer and psychologist in the School Area.