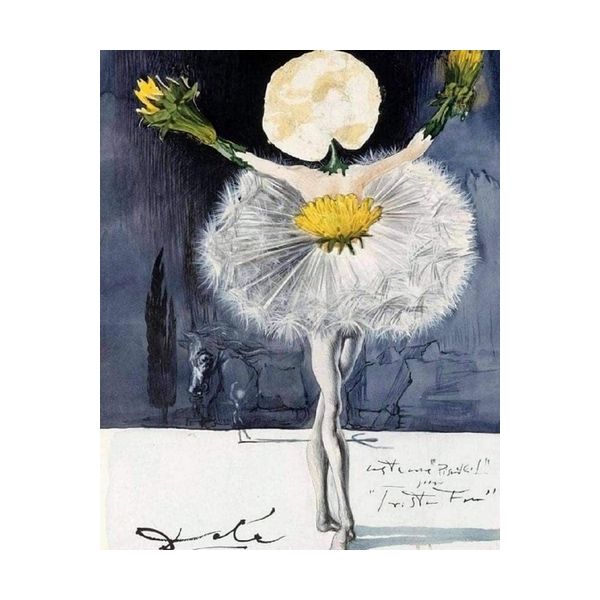 The art of knowing how to cross

Living the cyclicality it is a modus vivendi. We all and all live in the cyclicality, but we don't always savor its entirety. In this short article I will reflect on how to live or not live there cyclicality. I will introduce the why of this topic, and then observe it through the lenses of mythology, meditation and psychology.

Why do I praise cyclicality?

The word cycle, from Latin cyclus, in Greek it is replaced by the word round (kýklos), circle, wheel, shape, which closes, which gives meaning.

Un cycle it is defined as such because it consists of a finite number of phases, placed in an interval between a beginning and an end. It is a universal law, the law of things and non-things. Yet, there is a tendency to not consider all the steps necessary and the consequent tendency to avoid some and / or skip steps.

It may be personal taste, there are those who love sunrises, those who love sunsets; it may no longer be, if it is difficult to go through the process and if the flow of events is not lived with serene acceptance. Below I have exposed some considerations on the theme of cyclicality within different contexts.

The cyclicality in mythology

Il myth it has the function of giving explanation and illustration, through stories and images, to unconscious contents that are unacceptable and that demand meaning.

Il myth, writes Semi (2007), it fulfills a function of «masked revelation», and a bit like the dream, it uses the symbolic to give voice to intolerable anxieties and truth about the birth and the end of things.

Nella mythology, the abduction of Persephone (or Proserpina) is par excellence the myth which establishes the origin and the passing of the seasons, therefore of the cyclicality.

I summarize it. Persephone, daughter of Zeus, king of the gods, and Demeter, goddess of harvests, was kidnapped by Hades, god of the underworld, because he wanted her as his wife. Demeter, pervaded by desperation, made the earth parched and melancholy, so much so that Zeus commissioned Hermes to descend into Hades and retake Persephone. Hades allowed Persephone to return to the realm of the living on the condition that after six months she would return to him, and so on to repeat. From here, spring and summer are the six months of fertility in which Persephone ascends to the kingdom of the living, while autumn and winter are the six months of drought, which see Persephone descend into hell.

The charm of this myth it lies in the richness of the meanings, as well as of the characters. In addition to the theme of the cyclical nature of the seasons and the large number of mythical actors who paint the scene, what is evident is the theme of life and death, represented respectively by Hades and Demeter, where Persephone symbolizes their integration, dialogue, therefore essential.

The cyclical nature of meditation

What unites the different practices meditative is lending caution and living the present moment fully. Jon Kabat-Zinn (2010), founder of the Mindfulness-Based Stress Reduction (MBSR) protocol, argues that meditating is not about emptying your mind or achieving peace of mind, but staying. One could describe the meditation as a praise to feel, to live consciously.

"Awareness does not observe the river, it is the river"

In the art of meditate there are no arrivals. It simply stops. The meaning is not given by the achievement, the satisfaction of a desire or need, but by presence to themselves in that moment. I exist because I am here, because I feel, I feel my presence in the world. It is an extension of the well-known Cartesian phrase “cogito ergo sum” (I think therefore I exist), if not the presupposition. Kabat-Zinn would say "I feel, therefore I exist". There is thought if there is a body that perceives.

Borrowing the thought of Fuchs (2013), we can say that it is the pre-reflexive structures that allow us to experience, not only, if these structures are altered, there can only be pathology, but we will see it below.

La cyclicality is inherent in the meditation since the awareness of the here and now is made up of an incessant flow of moments of beginning and end. "Like the gait of the steps", writes Candiani (2018) "... one foot is lifted, the other is resting on the ground, there is a constant dance of fullness and emptiness, of leaving and contacting".

The magic word of the meditate è through. It resides in crossing the only way out. I think it's a great truth. The reason for escaping the present is to avoid some form of suffering, out of fear. Crossing it, in the sense of feeling fear, locating it in one or more parts of the body, detecting its temperature, ascertaining its rhythm, is equivalent to giving it space, meaning, familiarizing it and, you know, when you know something it scares less.

Following the same logic, the avoidance of suffering is directly proportional to non-life, to psychic non-life, as would the avoidance of joy. Avoidance presupposes the absence of presence, of awareness, of felt, of perceived, therefore of life.

The cyclicality in psychopathology

Nella psychopathology the theme of the cyclicality is closely related to the concept of time. The loss of the sense of temporal continuity is at the basis of the understanding of some of the most serious pathologies.

Given the complexity of the subject, I will limit myself to a few reflections on time lived, interior, relatively to different psychopathological experiences. I'll refer to that time lived, "which at times escapes with the speed of sound almost not allowing us any reflection, and at times it moves with exasperating slowness, immersing us in a whirlwind of immobile and petrified thoughts" in the words of Borgna (2018).

There are those who tend to the continuous search for the new, those who get bogged down in time of what has been and will not return. Different personalities and pathologies settle on one or both of these times, also alternating.

In the schizophrenic condition, for example, the time it shatters, present and future are erased, while the past seems to have never existed.

In depression or melancholy states, however, the time it breaks, the future dissolves and the present is continually devoured by the past.

Conversely, in mania, the time it burns, escapes, it is composed in a thousand fragments that have neither past nor future, since it is dropped into an inauthentic here and now that, in fact, has no history.

Care work is linked to time interior, in terms of being able to enter into a human relationship in which the lived time of one is intertwined with time lived of the other. It will be there report to act as a regulator of time, within a frame that does not spare its flow.

Once again the report reigns supreme. Through it, the other is a mirror of ourselves and at the same time different, so different as to be the object / subject from which we can experience the cyclicality and without which we could not even see it.

*PsyPlus is an organization dedicated to making psychology accessible to all. For information on treatments and access to support programs, contact the toll-free number 800.91.04.89 or visit the section of the Psychological Clinical Counseling Center of our site.

** Notes on the author: Melania Di Nardo is a Psychologist and Psychotherapist with a Psychoanalytic orientation. Since 2015 she has been engaged in private clinical activity as a freelancer in the city of Pescara, mainly targeting adolescents and adults. Since 2018 she has been working as a psychologist consultant in the Psychological Listening Center (CASA) of Chieti Scalo. Since 2019 she is an ordinary member of PsyPlus.