Of fathers and mothers, of sons and daughters 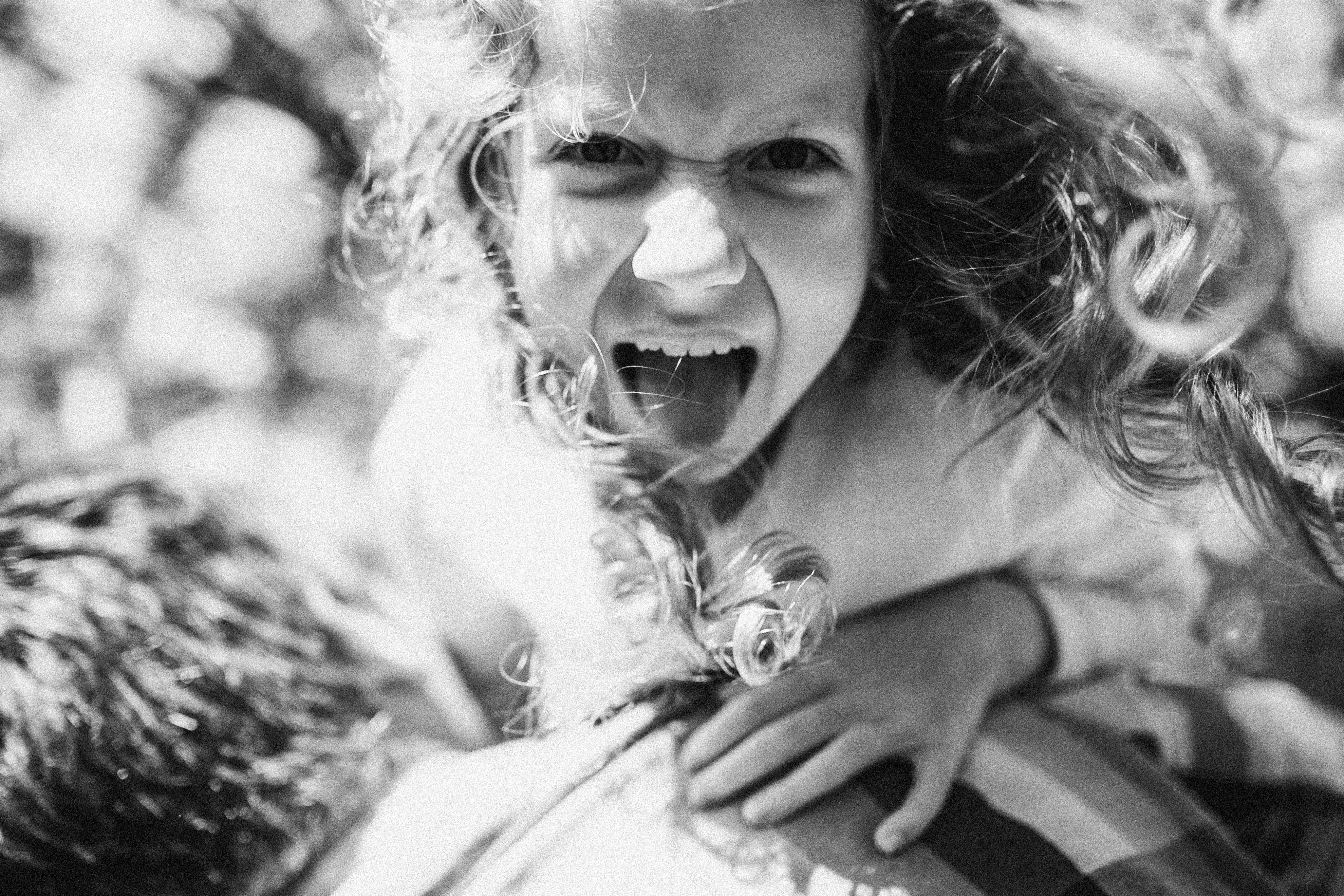 Get a father. Put a big heart in it, a diagnosis that weighs even just hearing about it, the voices and the alcohol. Add up a grief, then another loss, then one, two breakups, an escape and surrender. Add a son, then another and another. Put in it a woman who loses love, but who doesn't give up and doesn't step aside. Then put the fragmentation into it: people dispersing. A group that is disintegrating, a core that goes away.

Someone finds his way again, someone else struggles to see his place in the world. I then wonder if there is only one or if they are not, on the other hand, several changing places. Some people in theirs young lives they seem to have lived through a thousand eras in a thousand places. Others remained watching, others still looked elsewhere, perhaps luckily for them [they are the sloth and the sloth, who in their life have never taken sides, who have never dared, who have remained motionless. Those and those that Dante, for the law of retaliation, turns for eternity around one White flag (bulwark of their blindness), stung by wasps and flies, as if to sting and shake them from their indifference].

It is not true that pain makes you a better person. Some would have sincerely spared it, so as not to have to find themselves looking after someone else too early. Young people caregiver, they are called now. I would also add caregiver Bianchi: those who do not even have a diagnosis to cling to, but who have always experienced, sometimes even helpless, something that differed from glitter lives (?) of the others. Something indefinite, but which made him understand that theirs was not one family canonically understood, a family between the lines. Daughters e children di mothers e fathers perhaps too fragile or perhaps too strong, it depends on where you choose to look at them.

"I will not be the first nor the last to have a father with these problems”, One of them (one of them, one of us - it depends on which side you choose to look at it - or simply“ one ”) told me one day.

It's a shattered army and resistant di daughters e children struggling with a dilemma: give up or insist? An army, yes, an army fighting in a battlefield, but not against a father or a mother, a mental illness, a bad period of life, a trauma, a loss, no, it's not one guerrilla against all this, but against it stigma. A fight for a father, a mother, a brother, a sister and against prejudice and stereotype. Because when you are still too young for these things you don't know how to talk about them, even before asking for help that most likely won't come that easily. Because mental health, home and all those certainties that for many and many seem certain and obvious (with subtractive, from the Latin ex [remove] - compute [count]: which is worth less), elsewhere they must be chased, created, invented. And no, it is not easy to share the road for the ascent, because it is full of bumps. You fall and get up and the journey does not always have a happy ending. Sometimes you are alone and alone and there is no one to really reach out to get you up. You manage.

And then, when the happy ending is hard to come, you have to adapt and face the wave that has overwhelmed you or that has been crashing on your rocks for too many years. Someone is indignant in front of a son or a daughter who pulls the oars in the boat or who runs away. Probably it is that someone who even just hearing certain stories gets lost in one cloud without character, made up of stereotypes, prejudices and superficiality. They are Dante's sloths and sloths and they are also those and those who label: "did you hear what? He has the xy disorder and takes psychiatric drugs. Eh, but you can see that he is not well, if he continues like this he will make everyone hate him". A judging audience that sentences as the people did a few centuries ago on heretics and heretics, putting them at the stake.

Last night I ran into a man who was a bit confused and alone. "I am schizophrenic", tells me, "I take the drops". I find that his sisters try to avoid him and the mother is in the throes of despair. "Put him in an asylum and never let him out again”, He initially tells me. I am blown away. Initially I get irritated, but then I understand. And then she cries, tells me that the son he no longer attends the day center, which constantly runs away from home and then finds him and returns. She is exasperated. "I can't take care of him anymore", tells me. And so did his sisters. And his granddaughters. They have health and financial problems, and keeping up with them is too much for them. I then wondered how right it is that he still lives with the mother. A woman who is prisoner she too of the disease son. I wonder if there comes a time when even parents don't have the right to take back their space. Maybe the son could be placed in an apartment group. Followed by those who have more strength than yours mother to take care of him.

Another story. I met this person a while ago. Young, prey to alcohol and aged for too many years on the street. "I would like to review mine daughter". What if she doesn't want to? "I'm sure she will want to see me again and wondering where the father is". He did not recognize her at birth, he says that his partner advised him. "He doesn't bear my surname, but I know where his mother is". What if she doesn't want to see him? She would step straight into her teenage life and risk doing her double damage: a forced revelation after abandonment. What if she wants to see him instead? What if she was looking for him? "I couldn't show myself like that, I would need some clean clothes". Here, these are the stories of the people you see sitting on a sidewalk.

Yet another story, however, but with reverse roles. A daughter who can't take care of the father. a father loving, but with a cumbersome personality disorder that over time led to a resistance to treatment and she eventually gave up. "My dad is sick, but not only physically". Initially I wonder what it takes to leave a person in those conditions, but then I understand there too. Managing a loving, but stubborn dad is tough. He does not listen to you, he does not get help, he gets worse and you just have to see him continue in this struggle for survival that survival is not. And maybe she even feels alone in trying to help the father.

But on the other hand, let's think of the classic empty questions that some and some exclaim in the face of depression: "just want it!","react!","you should play sports","help yourself that God helps you","get up and go out, it's sunny!","has no desire to react","it's just a matter of willpower","but that is crazy, don't listen to him","yes, but she is crazy, she doesn't mind". Psychic pain is not viewed as a knee peel or broken bone. It cannot be seen, therefore it does not exist.

But there is not only psychiatric illness

For my work I often find myself noticing how trauma is handed down through a transgenerational line. A Fil rouge spanning generations. The inheritance of trauma it nestles in bonds. And under the many stories that lead to psychic pain and to the road, there are traumas that often remain undetected.

«Traumatic experiences leave traces both on a large scale (in history and culture) and in everyday life, within our families. They also leave traces in the mind and emotions, in our ability to feel joy and to enter into intimacy and, even, in the biology and the immune system. Trauma affects not only those directly affected, but loved ones as well»(Van der Kolk, p. 31).

Trauma cannot be healed, it can only be cured. Take care of it. Process it and fix it somewhere, somehow.

This is an important step: we don't have to sweeten the hard stories. We don't have to normalize. There normotic society aims to avoid pain and anything that makes you think. We have to stay in our affections and thoughts. We have to stay there if we don't want to be those sloths and sloths who turn away. Only in this way will we be able to look at us and to look at the other / a. Only in this way can we take care of difficult stories; only then can we find that sound virtuality (Badaracco, 20072) to look at these difficult stories, but without pietism or merciful compassion, but with participation, empathy and authenticity.

Sometimes it's just a question of the direction of the wind to separate the complicated stories from the good ones.

Van Der Kolk, B. 2015. The body feels the pinch. Mind, body and brain in the processing of traumatic memories. Raffaello Cortina Editore, Milan, 2015.

* Notes on the author: Giovanna Teti is a psychologist, psychotherapist and expert in psychodiagnostics. He initially worked in the territorial services for adults and with the developmental age, and then devoted himself to the sector of hospital psychology. He has been involved in adoptions for several years and is currently the contact person for the Rome office of the Regional Service for International Adoptions. For some years she has been working with homeless people as a street worker for the Municipality of Rome. Partner of PsyPlus since 2021, she is currently dedicating herself to the development of the Area dedicated to Social Inclusion and to the fight against serious adult marginalization with the aim of carrying out Housing First projects in the cities of Rome and Pescara.

Photo by Nataliya Vaitkevich from Pexels