The normality of violence: the miserable power and image of our times 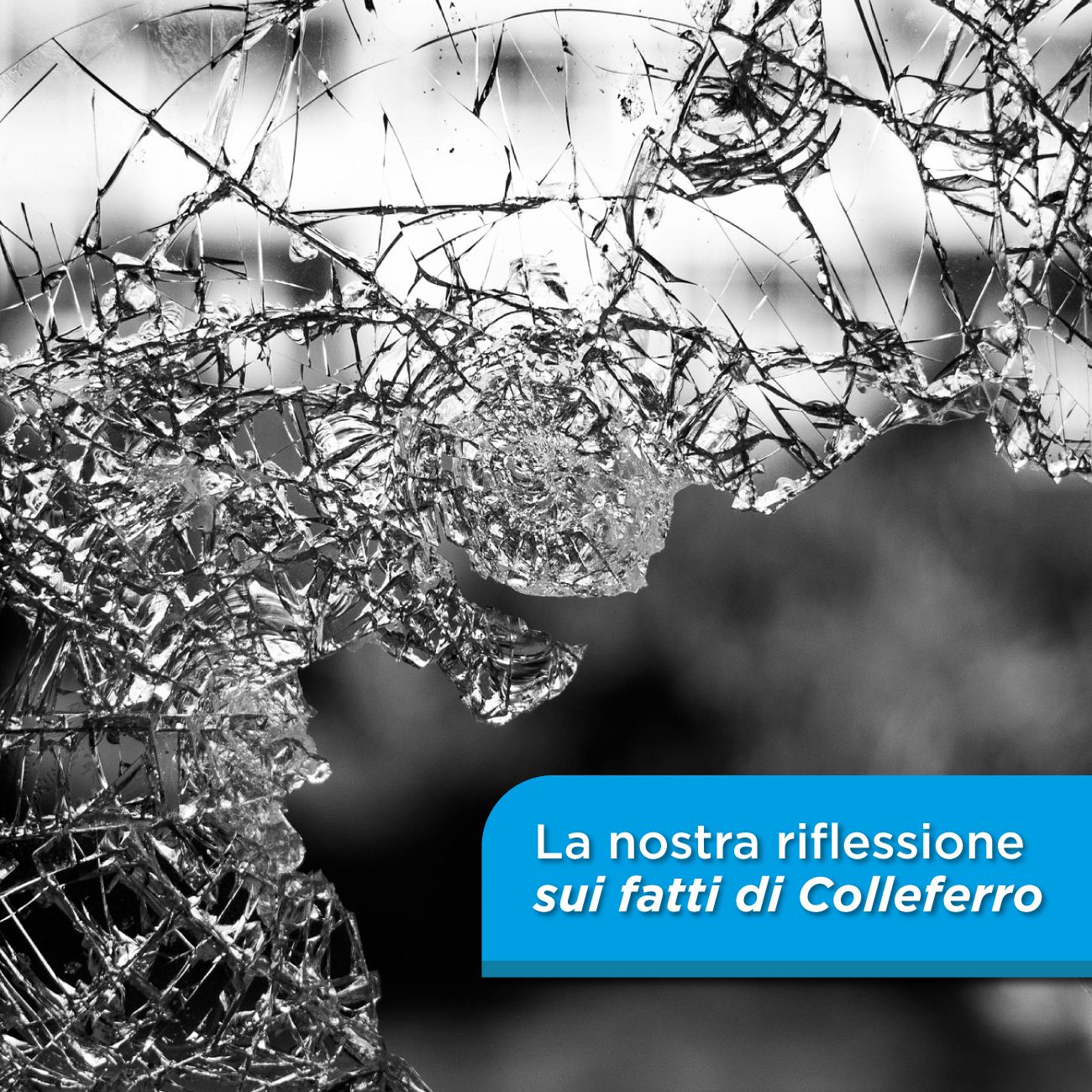 A tragic episode has upset Colleferro, the Morandi town on the outskirts of Rome. The episode of aggression e violence brutal that led to the death of a 21-year-old young man, Willy Monteiro Duarte, by a group of boys slightly older than him, invaded the newspapers arousing anger, indignation, sense of unacceptable.

The first element that emerges is theabsurdity of this death: dying in an attempt to calm a dispute is something cruel and difficult to accept on the level of reality.

The investigations of the police and the judiciary proceed to ascertain the dynamics of the facts, reconstruct the last minutes of Willy's life and thus be able to return justice to his memory. However, the legal situation and legal reading are not the only lens with which we can observe this chilling event.

We have a duty to go beyond the simple linear consideration "violence = outcome of socio-cultural degradation ”, and we must carry out a more complete and holistic analysis of the phenomenon, which adopts a phylogenetic, psychological, socio-environmental and institutional perspective.

Etymologically the term aggression comes from the Latin aggredior - assault- composed of gradior (I approach, I enter into contact) and by the preposition ad, which underlines the relational component of “movement towards”. Therefore, aggression does not in itself have a negative connotation, and can indeed represent a resource for the individual to the extent that it contributes to adaptation, to the propulsive drive to overcome adversity or to defend oneself. While aggression is a component that the human being shares with the animal world, the violence it is a prerogative of man, and it is the result of a profound mental distortion and a regression at a primitive level (Muratori, 2005). There violence it is in fact the destructive side of aggression in which the subjective narcissistic investment prevails to the detriment of the objective one. The object of the violence it is in fact dehumanized and this allows the abuse of power, brutality, sadism and distance from suffering. The emotional coldness with which these people act reflects a severe lack of empathy, an instrumental use of others and a lack of remorse; all elements that tend to characterize antisocial personalities and psychopathies.

“So when you declare an action or a character vicious, you mean nothing other than, given the constitution of your nature, you feel a sense or a feeling of blame in contemplating them” (Hume, 1739). Thus the model of Humian ethical subjectivism defines the roots of ethics in the human strength and capacity to feel empathy. The human empathic disposition, understood as the ability to understand the emotions and mental states of others, originates from the quality of the first significant relationships with the reference figures, although it is subject to changes in the course of growth starting from the influence of the social context. cultural.

Narcissistic society and the nihilism of the empty container

And this is undoubtedly the era of Narcissus: which exalts the myth of individualism, greatness and omnipotence; that values ​​models centered on physical strength, money and aesthetics.

Observing the perpetrators of Willy's murder who flaunt their possessions and appearances, a narcissistic exasperation emerges of the (ill) fit body, of the (extra) designer clothes and of the compensating engine cars that represent the modern emblem of the empty container. A nihilistic approach to life, without values ​​or objectives, guided by the instinct and pride to prevail, which thus denies the presence and need of the other.

The school: an institution that must commit itself to the healthy development of each person

As mental health professionals, for years engaged in prevention in school contextsi, in the last year also in the territory of Artena, we realize that these personalities represent an extreme form of an increasingly widespread "model". The statements of the relatives of the accused who, with chilling xenophobic statements, commented on the events, are testimony to the devaluation of human life, the inability to understand the other and the growing antisociality.

Those who are now described in the newspaper pages as monsters are nothing more than the product of a society and a policy that invests little in risk prevention, which pays little attention to the mental health of individuals in training. Certainly, what emerges within the school is the reflection of values ​​and models that have roots in the family system and in the social nucleus to which they belong. In complexity which characterizes the growth, the transversality of the school experience to individual, family and socio-cultural factors can guarantee a preventive approach to psychological distress and promoter of mental health.

We need an educating community, which acts as a glue in order to protect and enhance the younger generations. The educational institution, as a fundamental environment for growth and training of individuals, should rethink a system that does not delegate to the sensitivity and goodwill of individual managers, but that develops a systematic and capillary intervention plan of prevention and intervention.

The school can not only have the objective of forming cultured individuals, but has the onerous task of contributing to the growth of thinking beings; that even before focusing on learning focus on the cultivation of humanity.

Of all this now remains the memory of Willy who, with his courageous gesture, can at this moment embody a symbol: the symbol of those who, at 20, retain the healthy instinct not to turn away in the face of bullying and injustices, a deep feeling of brotherhood and friendship and the tireless desire to make the world a better place. A symbol of peace, of nonviolence, social justice and integration, all values ​​that can and must regain ground among young people, teachers, schools, families and throughout the community.