What happened to the father? The evolution of the father figure throughout human history 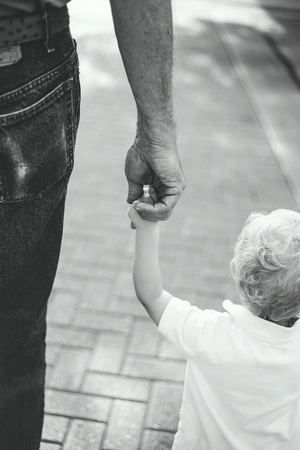 In 2000 the psychoanalyst Luigi Zoja published the essay entitled "The gesture of Hector - Prehistory, history, current events and disappearance of the father" with the aim of bringing light onevolution of the father figure throughout human history.

The author does not refer to father as to the male parent but he intends it as principle psychic (or, from the Jungian perspective that belongs to him, "archetype") active in the child's mind, and carries out the discussion by examining a vast series of testimonies such as historical finds, behaviors, artistic productions and scientific studies.

According to the analyst, whether to be parent and be mother I'm in one continuity natural, the same cannot be said of fatherhood: being a parent and being a father are, from the beginning, distinct dimensions.
La paternity born when the male-procreator makes one choice, to take care of your offspring. This behavior, "rewarded" by natural selection, represents for Zoja the first glow of civilization.

Paternity is therefore not a biological fact: it is precisely theintention of male-parent a become a father which leads him to leave the boundaries of natural evolution and enter the world of the "discipline of instincts"; we are faced with the appearance of the postponement, to the construction of the project, to "a construction in time and a construction in time" (cit. p.54).

Zoja's research is psychological, and in this field the myths have a fundamental value. IS hector that stands out among all as father. The Prince of Troy has a new coherence with the heroes of his time: the "hybris" (the arrogance of the "male-animal") of the fearless Achilles or of the already more ambivalent Ulysses does not belong to him, but he has the courage to face with responsibility both the battles "outside", against the invaders, and those of the internal conflicts, family relationships, feelings.

Homer tells us that, just before going on the field for his last battle, Ettore wants to greet his son Astianatte; he leans towards him to embrace him one last time. The child, however, withdraws frightened: he does not recognize the father with the armor. It is at that point that the Prince of Troy the helmet is removed, puts it on the ground and again leans towards the son who now, yes, sees the father and rushes towards him.
It is just that gesture by Ettore which is taken as the "father's mark" (cit. p.101): he is both a warrior and a father, and he knows he is.

Zoja goes up the river of history touching various ports: from Aeneas, precursor of the father of Roman civilization, to the advent of Christianity, which will upset the pre-established order by placing an equality between the father and the son; the Middle Ages, slavery in the American continent, the French revolution with the "beheading" of the father. An important step is represented byindustrialization, with the progressive disappearance of the father figure from the everyday life of the family. And then the world wars, the great dictatorships and the youth protest movements of the last century. Until you get to our days, distinguished by the loss of the father, between the danger of a "male-warrior" regression and a disproportionate "maternalisation".

This essay, full of ideas to reflect on and images to meet again, reminds us that the paternity It represents a conquest of mankind, and as such is exposed to the risk of being lost. Especially today, in times when the technique progresses impetuously by calling us to modify our concepts, we should never lose the awareness that the psychic principles that tend to guide us remain settled in the deepest places of our mind, and we cannot exempt ourselves from confronting them.

* NOTES ABOUT THE AUTHOR
Luca Di Bernardo, clinical psychologist. He works privately in Pescara with children, adolescents and adults. Collaborates with various institutions and associations in the area for the promotion and protection of mental health. Since 2017 he has been collaborating with Psy + Onlus as a psychologist within the emergency psychology projects aimed at the populations involved in the earthquake in central Italy.