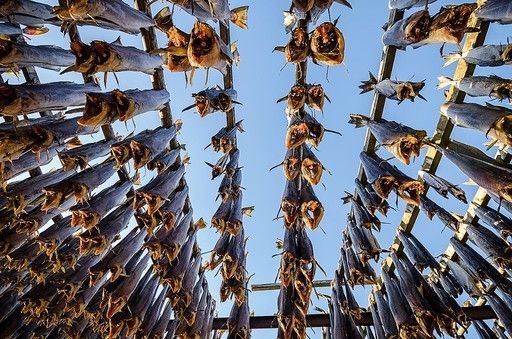 That of Security Decree it is a hot topic. Sharply criticized by a broad front ranging from opposition to humanitarian associations, it was judged unconstitutional by the associations of legal studies, economically disadvantageous for the country system, unworkable with respect to the expected economic coverage.

It is sufficient to read the text to infer that, with funds allocated to cover about 400 repatriations and in the absence of agreements with the countries of departure, the number of irregular aliens on our territory it will rise dramatically; in essence, the Decree actively row precisely against what it was written for: the safety.

Mandatory application:
why a government promulgates a law that, net of enormous moral implications, reveals itself uneconomic ed ineffective compared to the purpose it sets itself? A possible interpretation comes to us, strange to say, from cod.

The cod of Canada

Around the mid-80s, the government of Canada found itself facing an ecological and economic catastrophe; cod, the cornerstone of the fishing industry, was disappearing from the North Atlantic, decimated by the very economy of which it formed the basis. The government studied a solution; he forbade its fishing and, on the recommendation of a team of marine biologists, began the extermination of its main predator, the seal. The resounding failure of the initiative prompted biologist Peter Yodzis in 1988 to introduce the concept of 'food webs', instead of the well-known 'food chain'. Yodzis proved that the government failed because the two species were supposed to interact linearly.

The seals, in fact, not only predated the cod, but also other predators of the cod themselves, forming a work of 150 interacting species. The model of food chains, therefore, is nothing more than a trivialization of the complex system of 'food networks'. The team of biologists who endorsed the massacre was aware of the complexity of the marine system, but at the time of deciding, they forgot the concept of circular causality, in favor of the more immediate and linear, albeit simplistic, relationship cause effect: - seals = + cod.

That of marine fauna is in fact a complex system, defined not already by its elements, but by the interactions between the elements themselves.

At the end of the 800th century Henri Poincaré discovered the deterministic chaotic systems, laying the foundations for the 'chaos theory' illustrated almost a century later by the meteorologist Edward Lorenz and his now famous'butterfly Effect'. From the founders Stengers, Morin and the Nobel Prize Prigogine, complexity theorists study the non-linear, non-deterministic interactions that take place within complex systems. The wind of complexity has also swept the world of psychology: the Palo Alto school and systems theory; Winnicott and the importance of report; Bion and the theorizations on the analytical field, to mention only some of the most important contributions, have highlighted and confirmed that man, as a living organism, is in all respects a complex system, and that complexity increases if we look at the way in which it is organized: the company. Not surprisingly, sociology is one of the sciences that has contributed most to the development of the epistemology of complexity. Human societies are complex systems; the interactions within it do not take place linearly, but according to the principles of circular causality and feedback feedback.

In conclusion, the writer cannot comment on the good faith of Canadian biologists, and making assumptions about that of our current government would be too simple ... but it would go beyond the scientific neutrality with which we are looking at the problem.

To those who all this political fury against the weaker sections of the population seem excessive, and functional exclusively to the building a questionable consensus, will be pleased to know that, according to H. Maturana and F. Varela, complex systems are naturally inclined to oscillate around a balance called homeostasis, to return to it inexorably following too wide oscillations. In one of the darkest periods of our Republic, it would be useful for our politicians to inquire about the complexity; they would discover that the laws of man are always subordinate to the laws of nature.

* Notes on the author:
Raffaele Di Cesare, Psychologist, ordinary member Psy + Onlus. For years he has been dealing with migration psychology in the Extraordinary Reception Centers of the province of Pescara.