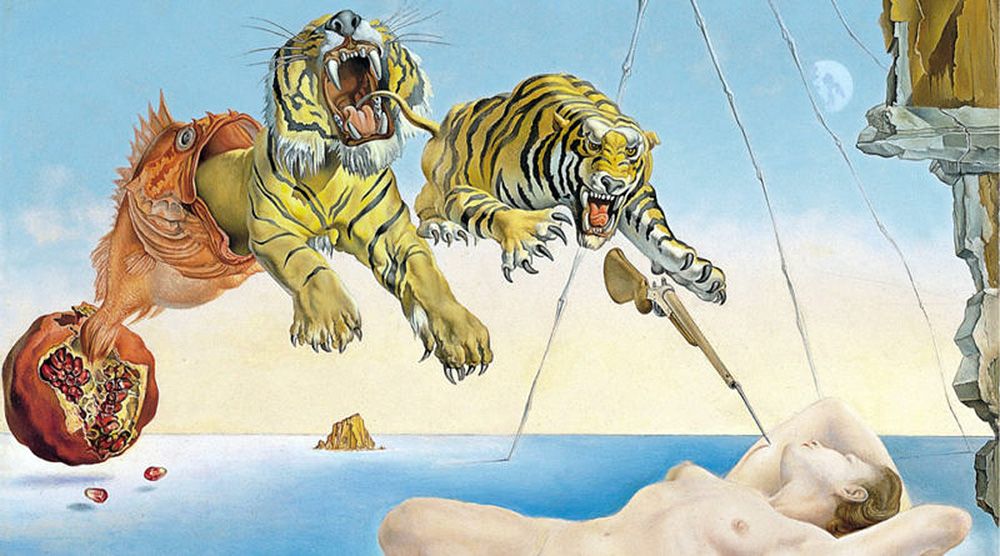 Dreams creatures of the mind: theories and functions of the dream experience

Since ancient times man has been wondering aboutorigin and meaning of dreams, being attracted by its intimate and fascinating nature, but intimidated by the halo of mystery in which it has always been wrapped.

Anthropological studies report that some tribes believed that during dreams the soul left the body to travel the world, and that it would return only upon awakening. For this reason it was forbidden to wake people up suddenly, because the soul could be in another place. Even today the Masai tribes of Kenya and the Bedouins of the Nile use to wrap their heads with a turban during sleep to prevent the soul from flying away.

But what is the dream?

The dream is a psychic phenomenon mainly consisting of images and sounds. It can be vivid or blurred, customary or bizarre, clear or ambiguous, and be accompanied by a pleasant and gratifying or, on the contrary, frightening and terrifying emotional experience. The dream world, in fact, does not follow the usual laws of logic and the space-time dimension is canceled allowing the dreamer to get closer to his most authentic expressive part. For this reason the dream is a product of nature exquisitely subjective, as all the information associated with it is the fruit of the dreamer's memory.

When and how much do we dream?

In the twentieth century the study of sleep / dream physiology allowed us to know and study sleep architecture, allowing us to distinguish two main phases: sleep NREM (slow wave sleep) and sleep REM (Rapid Eye Movement) which together constitute a sleep cycle lasting about 90 minutes. In fact, one night of sleep is made up of 4-5 consecutive cycles. REM sleep, also called paradoxical sleep, is characterized by a brain activity more similar to wakefulness, and it is in this phase that the intensity of dream production increases; although it is also present in the NREM phase. The dream is one of the first three activities of the mind, together with sleep and reasoning in waking; so that we pass approx 6 years of our life to dream.

What is the function of the dream?

It will seem surprising and even a little disappointing, however a unanimous agreement has not yet been reached regarding the function of dreams in the scientific community. Nonetheless, the theories on this matter are manifold and try to deepen and know the phenomenon from different aspects. Let's try to list some of them.

However, as there is not yet a theory that fully explains the dream and its nature, the invitation to dream remains anyway because it is in the dreamlike dimension, made up of infinite symbolisms, that we can get in touch with our deepest part.

* Notes on the author:
Giulia Lauri is a Psychologist, PhD in Psychology and Cognitive Sciences, specializing in Psychodynamically oriented Psychotherapy.
He worked at the Laboratory of Sleep Psychophysiology of the Department of Psychology of the La Sapienza University of Rome, collaborating in the realization of sleep studies both in basic research and in the clinic. He carried out psychological-clinical consultancy activities in Rome, at the Mental Health Center (CSM) of Palestrina ASL RM-G. With Psy + Onlus she collaborated within the intervention project to support people affected by the earthquake in central Italy and is included in the area of ​​school psychology services. He deals with the design, management and implementation of the educational programming of the educational farm "Terra del vento". She has participated, as a speaker, in national conferences and is the author of articles and scientific publications.